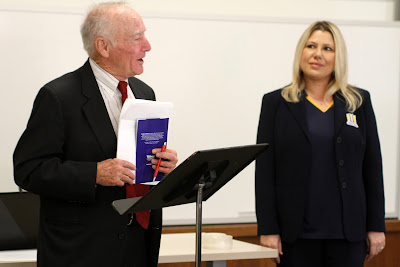 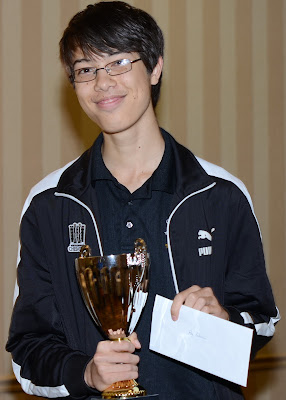 Forty-two players — 22 from countries outside the U.S. — answered the invitation to participate in one of the strongest open tournaments in the United States this year.

After nine grueling rounds, students from Webster University pulled off another improbable feat by sweeping the top three spots.

Ray Robson, 17-year-old freshman grandmaster, former U.S. Junior Champion and member of the U.S. National Team, finished with an undefeated 7-2 score (5 wins, 4 draws, 0 loss) to capture the SPICE Cup Open title. This is an impressive score for the young phenom in an incredibly strong event. Since coming to Webster just a few months ago, his chess rating has reached a new career high.

International master Vitaly Neimer (Israel), a sophomore, was a member of the national collegiate championship team from Texas Tech last year. He transferred to Webster University to continue with the SPICE program. He finished in third place.

Neimer actually tied for third with grandmasters Alejandro Ramirez (Costa Rica) and Victor Mikhalevski (Israel) but edged them out on tiebreaks.

“As a young talented junior player from Israel, Neimer’s chess career was slowed down because he had to take a break to fulfill his military service requirement,” says Paul Truong, SPICE marketing director. “After transferring to Webster University, Neimer is determined to take his chess to the next level.”

“Each day after completing his daily homework and assignments, Neimer is off to the SPICE office at midnight by himself to use our professional chess library and super computer loaded with the latest chess database (over 6 million top level games), and the most powerful commercial chess software. He sometimes spent five to six hours a night analyzing countless positions and building up his opening repertoire.”

Neimer’s hard work paid off as he scored 6-3 (3 wins, 6 draws, 0 loss) against the toughest schedule at the SPICE Cup (facing eight grandmasters in nine games) to earn his 1st grandmaster norm. He now needs two more grandmaster norms to become a grandmaster. 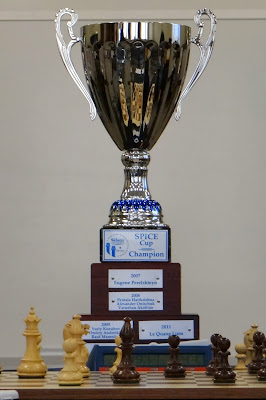 Daily updates for both the SPICE Cup Invitational and SPICE Cup Open are made at www.SusanPolgar.blogspot.com.
Posted by Chess Daily News at 10/18/2012 05:24:00 PM No comments: 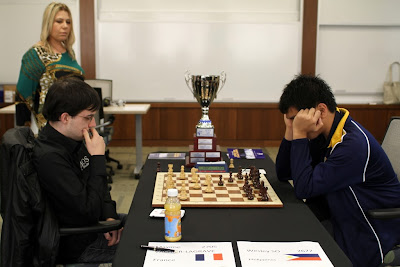 Interview with Webster University co-captain GM Georg Meier, the leader of the SPICE Cup after 3 rounds.
Posted by Chess Daily News at 10/14/2012 08:00:00 PM No comments: 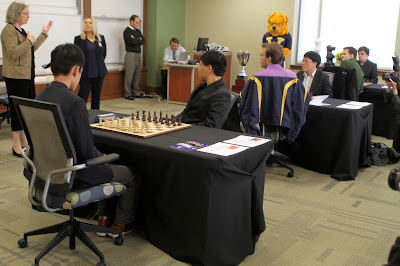 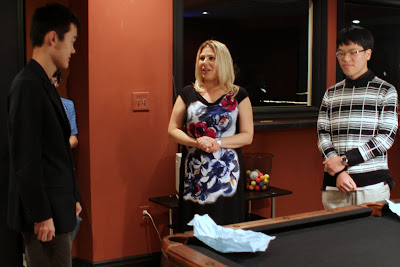 Order by drawing of lots

The beginning of the 2012 SPICE Cup 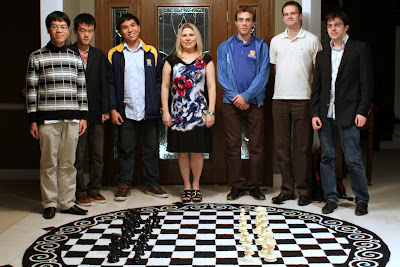 The 2012 SPICE Cup reception was held at my home tonight. After dinner, we had the official drawing of lots. 6 balls (1-6) were hidden in 6 pockets of the pool table. By random order, the players picked a pocket of their choice. Here is the order: 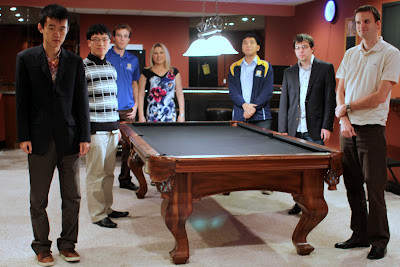 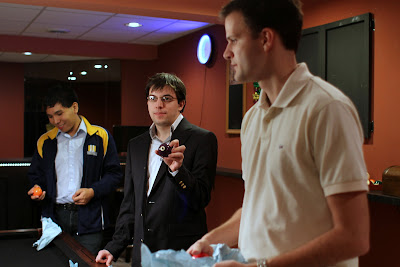 Fighting chess is expected. No draw offer is allowed (unless it is approved). 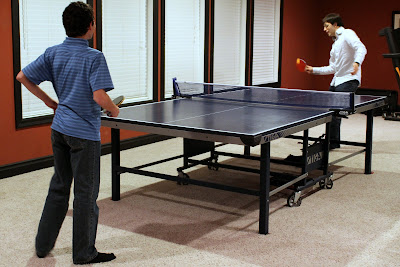 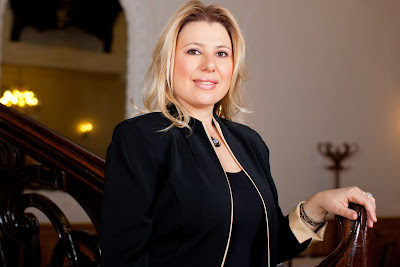 This month Webster University and the Susan Polgar Institute for Chess Excellence (SPICE) will bring six of the best chess players in the world — including two Webster students — to Webster’s home campus. They’ll be competing in the 2012 SPICE Cup Invitational, the highest-rated chess tournament of its kind in U.S. history.

The tourney kicks off with a free and open-to-the-public Welcome Ceremony at 1 p.m. on Friday, Oct. 12, in Room 102 of Webster’s East Academic Building, 545 Garden Ave. in Webster Groves, Mo.

For full details and to learn about the competitors, see the full text of the University press release below:

Event is the Highest-Rated International Round Robin Chess Tournament in U.S. History

ST. LOUIS, Oct. 8, 2012 – Six of the best chess players in the world – two of them members of the new Webster University chess team – will compete in the 2012 SPICE CUP Invitational tournament, to be held Oct. 12-21 on the Webster University campus. This historic tournament is a FIDE (International Chess Federation) category 18 event, making it the highest-rated chess tournament of its kind in U.S. history.

All six players are multiple-time Olympians. They include:


The SPICE CUP Invitational tournament kicks off with a free and open-to-the-public Welcome Ceremony at 1 p.m. on Friday, Oct. 12, in Room 102 of Webster’s East Academic Building, 545 Garden Ave. in Webster Groves. During tournament play, the six competitors will face one another twice, once with black chess pieces and once with white pieces.

* * *
About Susan Polgar and SPICE

At Webster, SPICE and Polgar are leaders in promoting chess as a vehicle for global diversity and academic excellence, for enriching the education of children and for promoting women’s chess. In 2011, Polgar became the first female head coach to lead a men’s collegiate Division 1 chess team (Texas Tech University) to the national title, a feat she repeated in 2012.

With its home campus in St. Louis, Webster University (www.webster.edu) is the only Tier 1, private, non-profit U.S.-based university providing a network of international residential campuses. Founded in 1915, Webster University’s campus network today includes metropolitan, military and corporate locations around the world, as well as traditional residential campuses in Asia, Europe and North America. The university is committed to delivering high-quality learning experiences that transform students for global citizenship and individual excellence.
Posted by Chess Daily News at 10/10/2012 10:20:00 PM No comments: