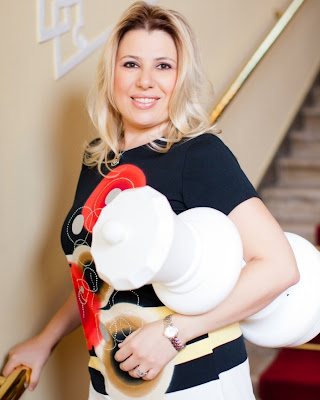 * Winner of 4 Women’s World Championships (Under 16, Blitz, Rapid, and Classical)

* The only World Chess Champion in history (male or female) to win the triple-crown (Blitz, Rapid and Classical World Championships)

FIRST WOMAN EVER IN HISTORY TO:

o Receive the Grandmaster of the Year Award (2003)

o Won the Budapest Championship for Girls under 11 at age of 4 with the perfect score of 10-0!

o Ambassador and torch bearer for the Chess Olympiad in Dresden, Germany in 2008

o Founder of the Susan Polgar Foundation, a non-profit 501(c)(3) organization to promote chess, with all its educational, social and competitive benefits throughout the U.S., for young people of all ages, especially girls. The foundation has awarded over $2 million in chess prizes and scholarships to young chess players on behalf of various supporters and sponsors

o Founder and Managing Director of www.ChessDailyNews.com, the world’s most popular chess blog 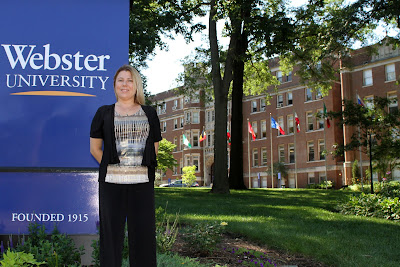 The school — founded on the principle of providing a higher education to those who might not possess the opportunity to obtain one — today operates as a private, nonprofit, accredited university offering undergraduate and graduate education.

The home campus is located in Webster Groves, Mo., a picturesque suburb of St. Louis. The university certainly has grown since it was established in 1915 and now includes more than 100 campus locations throughout the United States and across the globe. Webster University is the only Tier-1, private, non-profit, U.S. based university with a network of domestic and international campuses.

It’s created a unique educational environment at Webster, blending the conveniences of a small university with the opportunities of a large one.

Webster is dedicated to academic excellence, innovation in higher education, meeting students’ needs in an ever-changing world and incorporating an international perspective throughout the curriculum.

Students can choose from programs in the schools of business and technology, communications or education; or select majors in the colleges of fine arts or arts and sciences. They can study in the U.S., Austria, China, Great Britain, the Netherlands, Switzerland and Thailand. It’s all a part of the Webster experience.

Currently the university enrolls about 22,000 students around the globe who range from traditional college-age students to adult learners. They represent more than 100 nationalities.

Our vision is to be a premier U.S- based international university setting a distinct standard for global education.

This vision is built on a foundation of excellence in teaching and enhanced by an international perspective that fosters dialogue, respect and understanding across boundaries and between peoples. The educational endeavors in support of this vision are meeting the needs and enriching a global mix of learners within an ever increasing network of students desiring a U.S. education in multiple parts of the world. The institution is committed to offering these students a distinct personal experience and building the resources required to achieve this vision. The actions of the institution are shaped by our core values.

The university boasts more than 22,000 students at its worldwide campuses and more than 101,000 alumni. And although the university operates more than 100 locations around the world, the home campus of Webster University remains its largest in student population and physical size. More than 7,250 students study at the 47-acre campus in Webster Groves, Mo.