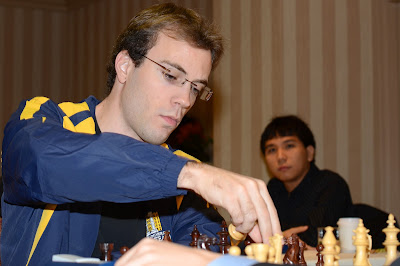 The 2012 PanAm Intercollegiate Championship will take place in Princeton, NJ in just about 4 weeks. Here are the tentative lineups for the 3 teams from Webster University (pending minor changes after the official December 2012 rating list is published).
Team 1 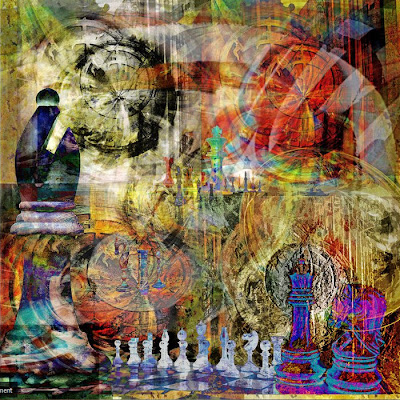 2. Satisfy all of the following three conditions:

c) Have satisfied conditions 1 and 2 for at least one full semester at their team’s college or university prior to the event.

Rule 1 applies to all college events — individual or team. There are no age restrictions on players not having the four above-mentioned international titles.

Rule 2
College and University players shall be enrolled at least half-time (e.g. 6 semester credit hours) during the semester of eligibility. For the Pan American Intercollegiate Team Championship, traditionally held between Christmas and New Year’s each year, players must be enrolled in the fall semester preceding the event.

Rule 3
College and university players shall be eligible to play for a total of six years, where a year is defined as being either a traditional academic year of a fall and spring term or a fall term or a spring term, e.g., a player enrolled in spring of 1998, spring of 1999 and fall of 1999 is considered enrolled for three years under this rule.

Rule 4
College and university players shall be enrolled in a degree-seeking program with a cumulative grade point average of at least a C.

Rule 5
College and university players shall be resident at their campuses either in on-campus housing or in housing within reasonable commuting distance from campus, e.g., a player taking distance learning courses from another country shall not be eligible to play.

Rule 6
Colleges and universities offering chess-related scholarships shall maintain records about the individuals awarded such scholarships, their time of attendance, the degrees received if any, and the grade point average attained.

Rule 7
Faculty, staff and alumni are not eligible to compete in the National Collegiate Chess League Team Championship conducted over the internet each spring.

The following are suggestions offered for guidance:

Faculty conflicts. A faculty member serving as a consultant or director to a university or college chess program should adhere to the following guidelines:

1. Winning teams should file a report to document compliance with these regulations with the USCF.

2. Any team’s standing may be challenged for non-compliance by a competing team through a written complaint sent within 30 days to the Executive Director or the Scholastic Director of the U.S. Chess Federation. That official shall gather the relevant documentation of the complaint, make a recommendation as to disposition, and send it to the USCF Executive Board for resolution.

Note: “Package deals,” such as offering draws on boards 1 and 4 to the opposing team captain, are not permitted.

2e. Ratings of Players:
If a foreign player has two or more ratings (USCF, FIDE, national, etc.), the highest rating after conversion will be chosen. There is no rule that states a team must use the same rating system on each board (e.g. all FIDE or all national).

To the extent possible, the top boards should be roped off to highlight the top contestants and also to prevent congestion. Some events have highlighted these boards by isolating them in a central area.

Organizational announcements should be made just prior to the beginning of each round.

2k Tie-breaks:
Tie-breaks are used to award places and trophies only. Cash prizes are divided equally in any tie.

If two teams are tied for first, they are considered co- champions. Tie-breaks are used to determine which team name “goes first” in articles, and which team gets the larger trophy. The recipient of the second place trophy can have it send it for a new engraving declaring that team “co- champion.” If three or more teams tie, tie-breaks are used to determine first, second, third, etc. places. If two teams or individuals tie for a prize other than first place team, tie-breaks are used for place plus trophy allocation (no new engraving need be sent).

When team match points are equal, the following order of tie-break systems will be used: U.S. Amateur Team East (USATE). In the USATE system, you multiple your wins against each individual opponent’s final score. Thus, if you defeated a 1st round opponent by a 3-1 score and they ultimately scored 2-4 in the Pan-Am, your team would then get 6 tie-break points (3×2). If you drew 2-2 in round two against a team that would ultimately score 5.5-.5, then you get 11 tie-break points (2×5.5).

For individual board prize determinations, the tie-break procedure is total points scored, then

Local dignitaries, deans or faculty from the host school, and the press should be invited. Past experience has shown that local officials have great interest in participating in such ceremonies. Proclamations from a host college, mayor, county executive, and governor might be available upon request from their respective offices.

The organizer is responsible for an awards ceremony in keeping with the stature of a national championship.

The list of prize winners must be posted as soon as possible. The awards presentation order should be announced at the start of the ceremony.

Money prizes shall be given out in the form of checks by the organizer to the proper team recipient (or affiliate) at the awards ceremony if the winner is present. Prizes may be awarded early if the winner has to leave before the awards ceremony. In the event that prize winners have to leave and games are still in progress affecting the prize, the organizer may choose to send all or part of the prize by mail.

The recommended minimum prize fund in the intercollegiate section is $4,000. Division prizes are based on average team rating. Guaranteed prizes are preferred, though based-on prizes are acceptable. Division ratings are as follows:

Trophies, plaques, or clocks should be given out in addition to all cash prizes for top board scores and top foreign teams (non-USA).

An additional prize for each of boards 1-4, called “class board prizes,” should be awarded. Prizes are determined by the highest number of points scored.

4a. Chess Notation:
Chess notation (or use of a Mon Roi unit) must be kept consistently and legible by all players.

The organizer should provide carbon scoresheets for all games. These are the property of the organizer, and clean copies must be turned in.

Organized side events add to the attractiveness of the Pan-Am. Such activities traditionally include the Pan-Am Speed, Chess Championship. A Pan-Am Open (a regular, open event), and simuls or lectures by famous players are highly recommended. 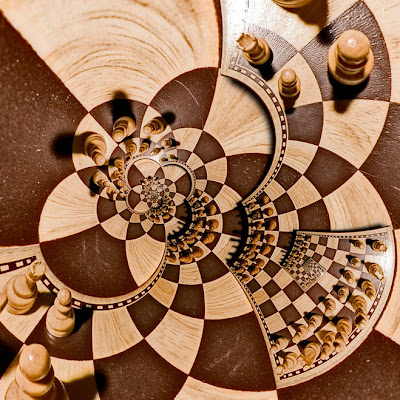